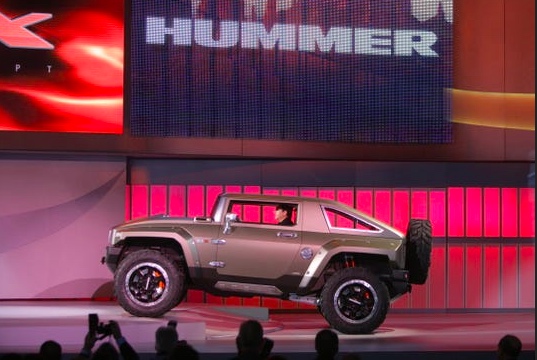 If Bruce can transition into Caitlyn then GM can do basically the same thing – with the difference being Bruce probably paid for his own surgery.

GM is going to want your "help" paying for its transition.

In a few days, you'll see what you'll be paying for. The shaved Adam's apple; the . . . augmentation. And the removal.

It is GM's virtue-signaling plea for forgiveness. The bad ol' GM wants you to forget all about those "gas guzzling" Hummers it made back in the early 2000s. It will now make a time-guzzling electric version of the same thing. Which is just as wasteful, by the way – but in a way that's acceptable today.

The original Hummer never feigned virtue. It was what it was – and didn't pretend to be something it wasn't. This electric Hummer? Could the effrontery be more spectacular? It's just as large, probably much heavier – as all EVs are, due to its massively heavy battery pack. Which is massively heavy because the massive vehicle it's powering needs probably three times the power necessary to propel a Corolla-sized car. 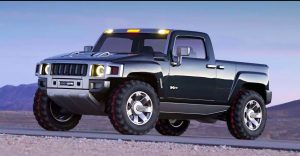 And to provide five-times Corolla power.

How much less is the range because of all that weight? How sooner must the massive battery pack be recharged?

How about those massive tires? Twice – probably three times – as much rubber (made from oil and made using power) as is necessary for tires for basic transportation. How much unnecessary metal, plastic and glass goes into the Woke Hummer?

Does A Bulletproof Tesla Stop Bullets? Let's Shoot It To Find Out

Reporter Shows Why the British Government's Plan to Ban All Gas and Diesel Cars...

Passengers celebrate as Westerdam cruise ship is FINALLY allowed to dock in Cambodia...