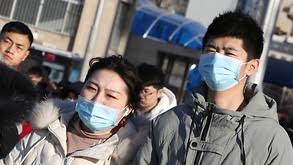 Update (2115ET): Chinese officials have just held a press conference that was anything but the usual CDC "everything's ok" statement. The particularly ominous warning that the virus is mutating and spreading is perhaps due to the poor handling of the SARS breakout in 2002/3 which was marked by cover-ups and official reluctance to share information.

Li Bin, vice head of China's National Health Commission, confirmed there are 440 confirmed coronavirus cases in this new outbreak and there have been 9 deaths. Some 1,394 patients are under medical observation.

Officials also confirmed Wuhan airport will have screening equipment (and Wuhan citizens have been asked to limit travel) and a nationwide monitoring system is being put in place (one wonders if the social credit score will go down if a citizen contracts the deadly disease).

Finally, the officials said that they will disclose information in a timely and public way and are doing their best to curb the spread of the disease.

And all of this is happening as hundreds of millions prepare to travel for the New Year's celebrations.