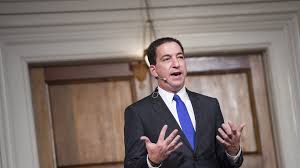 In a 91-page criminal complaint made public on Tuesday, Greenwald is accused of participating in a "criminal organization" that spread text messages which called into question the "integrity, professionalism and motives of key members of Brazil's justice system — particularly of figures directly involved in the investigation of a vast corruption scheme that resulted in the imprisonment of powerful business and political figures."

Greenwald - who moved to Brazil in 2005 with his husband David Miranda - now a congressman, went beyond simply receiving the texts and publishing newsworthy information according to prosecutors.

Citing intercepted messages between Mr. Greenwald and the hackers, prosecutors say the journalist played a "clear role in facilitating the commission of a crime."

For instance, prosecutors contend that Mr. Greenwald encouraged the hackers to delete archives that had already been shared with The Intercept Brasil, in order to cover their tracks.

Prosecutors also say that Mr. Greenwald was communicating with the hackers while they were actively monitoring private chats on Telegram, a messaging app. -New York Times