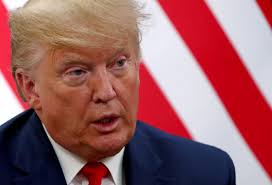 Speaking from a prepared notes, Trump calmly repudiated the hysterical warnings of the 'Green New Deal'-ers, decried impeachment as a "hoax" and recounted a list of his administration's economic accomplishments, beginning with the fact that American unemployment has hit its lowest level in 50 years, while millions of manufacturing jobs have come back to the US.

But instead of dwelling on impeachment, Trump chose to focus on America's myriad economic achievements under his leadership.

Thanks to Trump's pro-business economic stance, America's economy is in the midst of an "economic boom the likes of which have never been seen before." By unleashing 'the potential of our people' - via tax cuts and regulatory rollbacks at a "level that's never been done before in the history of our country" - Trump said he managed to generate a "historic wave of investment, wage growth and job creation."

During the speech's opening lines, Trump touted the two trade agreements that were finalized last week (agreements that inspired US stocks to rocket to fresh all time highs, and the economic gains achieved by minorities under his leadership (even as Trump's opponents continue to accuse him of white supremacy.