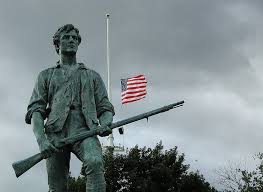 I read Robert Sherrill's book, The Saturday Night Special, and supported candidates who were anti-gun such as Ramsey Clark and Morris Udall.  I was on all other issues strongly in favor of civil liberties, but I did not make the connection at a young age.

In 1979, I joined the libertarian movement which is based on the natural rights of the individual to life, liberty and property, so the right to bear arms was an obvious part of the package.  Occasionally over the years, I would discuss the Second Amendment in my writings. In 1994, I wrote a column for the Mises Institute called "Guns and Drugs,"[1] in which I predicted, correctly, that the violence caused by the war on drugs would lead to an intensification of the war on guns, ironically since most gun owners favored the war on drugs.  I have urged, to no avail so far, advocates of the right to bear arms to join forces with advocates of the right to bear drugs, both being private property.  In the same article, published fourteen years before Heller v. District of Columbia, I argued that the Second Amendment protects an individual right to bear arms to deter government tyranny.

In 2001, the Journal of Libertarian Studies published my article on "The Rise and Fall of Jury Nullification," in which I drew an analogy between the right to trial by jury and the right to bear arms, as instances of the Founders preserving liberty by allowing the people to retain certain fundamental rights lest the government get out of control.  That article, heavily reproduced herein, reiterates that the Second Amendment protects an individual right to bear arms, not merely the right of states to maintain militias.