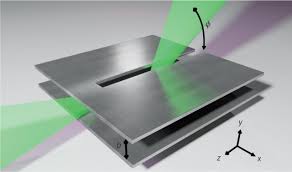 The team's breakthrough came by focusing efforts at the infra-red end of the range. By passing infra-red laser emissions through a so-called "non-linear medium" the frequency of the radiation is doubled. (For the non-linear media fans out there, those in question were crystals composed of gallium selenide and zinc telluride.)

This higher frequency wave is then added to a conventional infrared laser, creating a new wave with a very particular asymmetric electric field which, according to a TU Wien press release, "is intense enough to rip electrons out of the molecules of the air," creating a glowing plasma. The field excites electrons in the air, producing the wide band of terahertz radiation in short, sharp pulses.

Does the Coronavirus Make the Case for World Government?