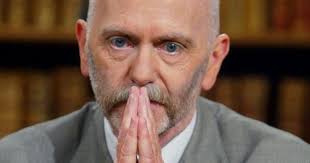 French intellectual Renaud Camus has been given a 2 month suspended prison sentence for saying that mass immigration into Europe represents an "invasion."

Camus will only avoid jail by paying 1800 euros to two "anti-racist" organizations, SOS Racisme and the LICRA (International League against Racism and Anti-Semitism).

The writer, who is the author of Le Grand Remplacement (The Great Replacement), was charged with "public incitement to hate or violence on the basis of origin, ethnicity, nationality, race or religion."

The conviction stems from a November 2017 speech in Colombey-les-deux Eglises to the National Council of European Resistance in which Camus declared, "Immigration has become an invasion."

"The irreversible colonization is demographic colonization, by the replacement of the population," said the author, adding, "The ethnic substitution, the great replacement, is the most important event in the history of our nation since it has existed; as with other people, if the story continues, it will not be that of France."

Gun-Toting Cops Endanger Students and Turn the Schools into Prisons