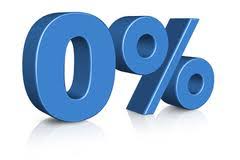 "If the U.S. economy entered a recession soon and interest rates fell in line with levels seen during the moderate recessions of 1990 and 2001, yields on even longer-dated Treasury securities could fall to or below zero." – Senior Fed Economist, Michael Kiley – January 20, 2020

I was emailed this article no less than twenty times within a few hours of it hitting the press. Of course, this was not a surprise to us. To wit:

"Outside of other events such as the S&L Crisis, Asian Contagion, Long-Term Capital Management, etc. which all drove money out of stocks and into bonds pushing rates lower, recessionary environments are especially prone at suppressing rates further. Given the current low level of interest rates, the next recessionary bout in the economy will very likely see rates near zero."

That article was written more than 3-years ago in August 2016.

Of course, three-years ago, as the "Bond Gurus," like Jeff Gundlach and Bill Gross, were flooding the media with talk about how the "bond bull market was dead," and "interest rates were going to rise to 4%, or more," I repeatedly penned why this could not, and would not, be the case.

While it seemed a laughable concept at the time, particularly as the Fed was preparing to hike rates and reduce their balance sheet, the critical aspect of leverage was overlooked.