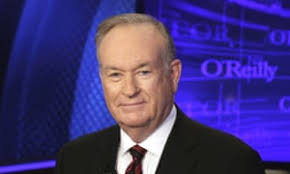 ll of us thought our quest was noble, that we would become purveyors of truth, skilled fact-finders and truth-tellers in the Watergate tradition. The lessons presented were well worth the tens of thousands of dollars I had to pay for them.

Forty-five years later, having reached the top of my profession, I generally despise my own industry, something I never could have predicted.  Here's why...

The national TV press is presently controlled by six major corporations that use their vast power to profiteer while attempting to destroy ideological enemies. The coverage of Donald Trump's presidency has proved that statement beyond any reasonable doubt.

The stage was set early when a New York Times columnist wrote that because Mr. Trump was so loathsome (to him and his liberal colleagues), the basic tenets of fair journalism no longer applied.  Get Trump was the new rule.

The mandate of an honest journalist is to seek the truth, even if the facts of a story go against your personal belief system.  It is wrong to simply publish accusation and allegations, you must scrutinize all charges. If you cannot find solid facts to prove a story, you then must balance it - giving both sides equal weight.