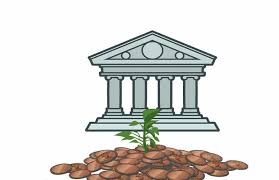 Also, among the 10 billionaires in attendance from communist China is Ren Zhenfei, founder of Huawei and father of its CFO, Meng Wanzhou. Even as dad courts the rich and famous on the slopes, daughter languishes in a Canadian jail waiting extradition to the US because she had the audacity to do business with Iran against Washington's instructions and Trump's latest fatwa against the Tehran government.

These odd juxtapositions plus countless more got us to thinking about Davos Man himself and the ultimate juxtaposition of our times.

To wit, the combined net worth of the world's billionaires in the year 2000 was $1 trillion, according to Forbes, but at this bublicious moment that number is reckoned at just under $10 trillion. So the 2,150 members of the Billionaires Club now have more net worth than 60% of the world's population combined. That's 4.6 billion people!

China Suddenly Has Another Major "Virus" Problem, As Soaring Food Prices Put A Lid On...