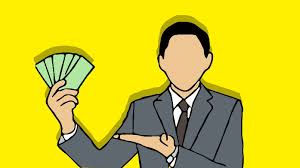 But that's exactly what big banks have been doing lately to turbocharge their profits, leaving customers with the potential to rack up even bigger monthly bills.

For years after the financial crisis, Capital One Financial Corp. resisted that step for customers who looked vulnerable to getting in over their heads. In internal conversations, Chief Executive Officer Richard Fairbank characterized the restraint as a radical theology, in part because it went beyond post-crisis requirements, according to a person with direct knowledge of the discussions.

But then Capital One -- known for its "What's in Your Wallet?" slogan -- reversed course in 2018, after the bank came under pressure to keep revenue growing. The company's revenue reached a record last year.

The same reversal is playing out across U.S. banking, as more customers get unsolicited access to additional credit, in what's becoming a new golden age of plastic. The goal: to get consumers to borrow more. The question, just like in the heady 2000s, is how it will end for lenders and borrowers alike. Research shows many consumers turn higher limits into debt. And the greater the debt, the harder it is to dig out.

good excuses to load up the fema camps during the coming economic collapse...

Mapping Out The Banking Elite's Goal For A Cashless Monetary System, Part 1