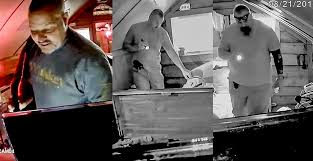 A West Virginia attorney claims sheriff's deputies assigned to a drug and fugitive task force unlawfully entered a client's home without a warrant and has the video to prove it.

Civil rights attorney John H. Bryan said that upon finding nobody home, the Putnam County sheriff's deputies cut the wires to external cameras outside the home and entered through a window.

However, they missed one external camera as well as one hidden camera in a room that captured the deputies rummaging through it. Bryan said the sheriff's department told him no official record exists showing deputies entering his client's home.

In his video posted to his YouTube channel January 15 (and posted below), Bryan alleges three deputies with the Putnam County Sheriff's Department's Special Enforcement Unit broke into a client's home after unsuccessfully serving him with a summons and complaint in a civil suit. The entry occurred on Aug. 15 around 11:15 a.m. at the farmhouse where the client lives outside of Hurricane, a suburban community along Interstate 64 between Charleston and Huntington. Bryan has not identified the client.

?In the course of their visit, the video shows the deputies, with flashlights in hand, looking around, taking pictures and conducting a field test of a substance found in a vase. According to Bryan, it was the cremains of a friend the client kept in an urn.

Off-camera, the deputies remove all of the client's firearms from storage and lay them on appliances. The time-stamp on the hidden video as well as an exterior camera that didn't get cut shows deputies being on the client's premises for about 25 minutes.