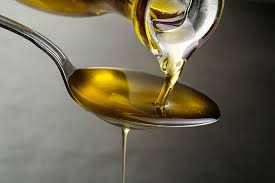 New research has shown that despite being marketed as a healthy alternative, soybean oil, America's most popular oil, causes neurological changes in the brains of mice, and may contribute to autism and dementia in humans.

Extracted from the seeds of soybeans and used in everything from fast food to animal feed and even baby formula, soybean oil is easily the most widely consumed oil in the US, ubiquitous in the national cuisine.

It's in McDonald's fries, Pizza Hut crust, and the "healthy" 9-grain bread used for your Subway sandwich.

A research team from University of California, Riverside has been studying the impact of soybean oil for several years. They previously found that it induces diabetes and obesity in mice, hardly surprising given that vegetable oils are high in saturated and unsaturated fatty acids. By now, most people know that eating too much fried food is bad for your ticker.

Can These Vitamins Stop the Coronavirus?