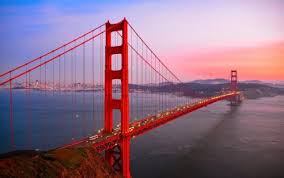 (Natural News) It's difficult to start a new business even in a fantastic economy like the one President Donald Trump and Republicans have created, but it's never easy to create and sustain a business in a high-tax state like California.

Democrat super majorities have, for years, ratcheted up taxes, fees and other expenses including mandating minimum wages a business owner must pay, which has made it difficult, if not impossible, for new businesses to open and older smaller ones to remain afloat.

And now, those that close — at least in San Francisco — are being doubly zapped by money-grubbing Democrats who are much better at punishing failure than they are at creating success.

According to the San Francisco Chronicle, the city's leaders are considering a "vacancy tax" on businesses that close, and more than 400 of them have in recent months due to all of the other crazy expenses the city and state foisted upon them:

To combat storefront vacancies, the Board of Supervisors may vote Tuesday to place a measure on the March ballot to tax building owners who won't lease their commercial spaces to small businesses.

Introduced by Supervisor Aaron Peskin, the proposal was heard Wednesday by the board's Budget and Finance Committee, which made several amendments, including adjusting the tax rate.

"We are all aware of the perennial issue of storefront vacancies in our neighborhood commercial districts, which unfortunately have been increasing in recent times," Peskin said, according to the paper.

Absolutely unreal — but typical Left-wing 'logic.' Let's not do anything to help businesses stay afloat and keep storefronts from becoming vacant in the first place; no. Let's punish business owners after the fact because, you know, that'll cause them to stay in business in the first place…even though they can't afford to.

Peskin said the tax incrDemocrats tax — it's what they doease — actually, let's call it what it is, a punitive fine — will compel "bad actor landlords to get off their duffs," Peskin said, and do more to rent out commercial spaces to small businesses like, say, lowering the rent.

He also said that the levy would work to prevent landlords from trying to strong-arm tenants during business negotiations because they know on the backside they'll get stuck with the bill.