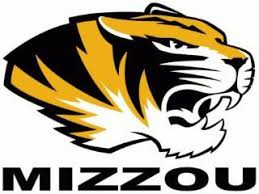 New students at the University of Missouri will be required to participate in a tracking program designed to measure and enforce class attendance, according to a new report from The Kansas City Star.

Despite privacy concerns, officials defended the decision as one to the benefit of students, as the school's athletics department has already been using the same app, SpotterEdu, to track certain student-athletes.

"A student will have to participate in this recording of attendance," Jim Spain, vice provost for undergraduate studies at MU, said in a statement to The Kansas City Star.

Individual professors have to opt-in to using the app, but once they do, students in those professors' classes will not be able to opt-out.

SpotterEDU, developed by a former basketball coach, is designed to monitor a user's attendance by "pinpoint[ing] students within a classroom until they leave, providing continuous, reliable and non-invasive attendance," according to the app's website. While the app ensures that students are in the classroom during class times, it claims it does not track students' locations anywhere else.

"The Flow Of Each Person Can Be Clearly Seen"...