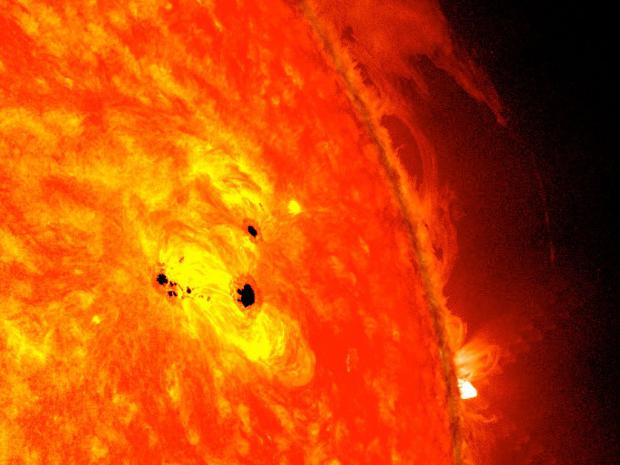 A periodic solar event called a "grand minimum" could overtake the sun perhaps as soon as 2020 and lasting through 2070, resulting in diminished magnetism, infrequent sunspot production and less ultraviolet (UV) radiation reaching Earth — all bringing a cooler period to the planet that may span 50 years.

The last grand-minimum event — a disruption of the sun's 11-year cycle of variable sunspot activity — happened in the mid-17th century. Known as the Maunder Minimum, it occurred between 1645 and 1715, during a longer span of time when parts of the world became so cold that the period was called the Little Ice Age, which lasted from about 1300 to 1850.

But it's unlikely that we'll see a return to the extreme cold from centuries ago, researchers reported in a new study. Since the Maunder Minimum, global average temperatures have been on the rise, driven by climate change. Though a new decades-long dip in solar radiation could slow global warming somewhat, it wouldn't be by much, the researchers' simulations demonstrated. And by the end of the incoming cooling period, temperatures would have bounced back from the temporary cooldown.