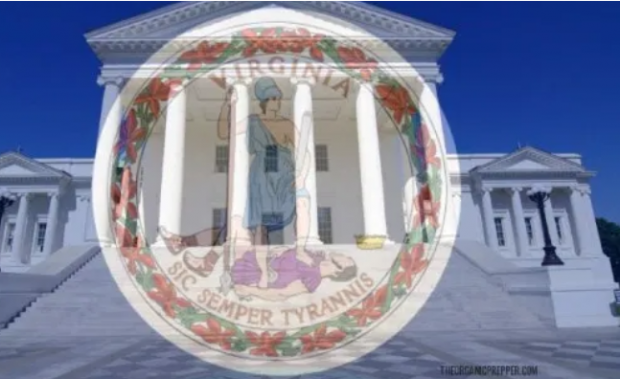 Despite a massive and peaceful turnout on the Lobby Day rally on January 20th, the Virginia State Congress remained totally unphased by what the people wanted and proceeded to advance numerous unconstitutional gun laws over the following week.

While everyone has been focused on the Wuhan coronavirus, state lawmakers have been quietly eroding gun rights.

Proving they don't care at all about the opinions of the people of Virginia, the state's Senate passed a "red flag" gun law only two days later. Here's the summary of SB240.

Creates a procedure by which any attorney for the Commonwealth or any law-enforcement officer may apply to a general district court, circuit court, or juvenile and domestic relations district court judge or magistrate for an emergency substantial risk order to prohibit a person who poses a substantial risk of injury to himself or others from purchasing, possessing, or transporting a firearm. If an emergency substantial risk order is issued, a judge or magistrate may issue a search warrant to remove firearms from such person.

The bill provides that persons who are subject to a substantial risk order, until such order has been dissolved by a court, are guilty of a Class 1 misdemeanor for purchasing, possessing, or transporting a firearm; are disqualified from having a concealed handgun permit; and may not be employed by a licensed firearms dealer. The bill also provides that a person who transfers a firearm to a person he knows has been served with a warrant or who is the subject of a substantial risk order is guilty of a Class 4 felony. The bill creates a computerized substantial risk order registry for the entry of orders issued pursuant to provisions in the bill. (source)

Of course, we all know the dangers of red flag gun laws. Anyone can swear out a complaint against a gun owner – including an abuser who doesn't want his victim to be able to protect herself or himself. Add to that, numerous law-abiding citizens have been killed when police burst in to serve the warrant and seize the gun owner's firearms.

But that's not all that Virginia has in store for gun owners.

Also two days after the rally of gun owners, the Senate Judiciary Committee advanced a proposed new law that would make it more difficult for Virginians to get a concealed carry permit in the form of SB263.

Concealed handgun permits; demonstration of competence. Removes the option for concealed handgun permit applicants to demonstrate competence with a handgun by completing an electronic, video, or online course conducted by a state-certified or National Rifle Association-certified firearms instructor. The bill does not affect any in-person means of satisfying the requirement to demonstrate competence with a handgun under current law. (source)