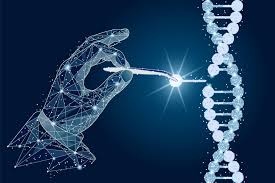 Now, researchers in Germany have managed to use the CRISPR gene-editing tool to correct the condition in pigs, bringing the treatment ever closer to human trials.

A protein called dystrophin is necessary for muscles to regenerate themselves, but people with DMD have a genetic mutation that removes the gene that produces dystrophin. That means that affected children usually begin to show symptoms of muscle weakness by age five, lose the ability to walk by about age 12, and rarely live through their 30s as their heart muscles give out.

Because it's a genetic condition, DMD is a prime target for treatment with the gene-editing tool CRISPR. This system is prized for its ability to cut out problematic genes and replace them with more beneficial ones, and has been put to work treating cancer, HIV and forms of blindness.

In experiments in pigs, the researchers on the new study used CRISPR to correct the faulty dystrophin gene. That allowed the pigs to once again produce dystrophin proteins – although they were shorter than usual, they were still stable and functional. That improved the animals' muscle function and life expectancy, and made them less likely to develop an irregular heartbeat.