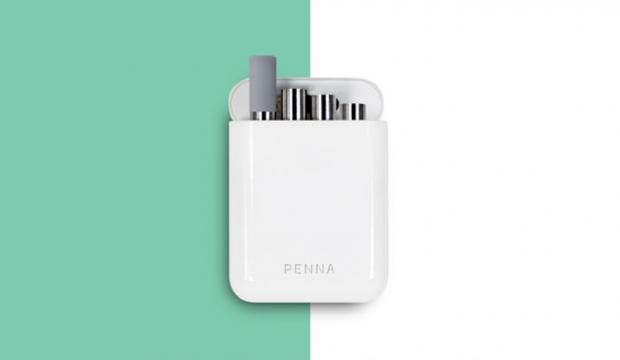 That's why innovators have developed the Penna Straw: a collapsible, self-cleaning reusable straw that could save hundreds—if not thousands—of disposable straws from ending up in a landfill every month.

The straw is comprised of four separate stainless steel segments that can magnetically snap together when it's time for the user to enjoy a tasty beverage. When it's time to be cleaned, the pieces can be broken down and placed inside of a convenient carrying case equipped with four separate brushes to clean the straw segments.

The carrying case is then filled with water through a small hole; all the user has to do is place their finger over the hole, give the case a few shakes, and then dump out the water through the very same hole.

If that isn't enough, the case is also equipped with a UV light system that can reportedly sterilize 99% of the remaining bacteria.

California-based tech company Elretron has been developing the straw for the last year prior to its launch on Kickstarter this week. Since the crowdfunding campaign was published, however, it has already surged past its original goal and raised more than $17,000 for manufacturing.