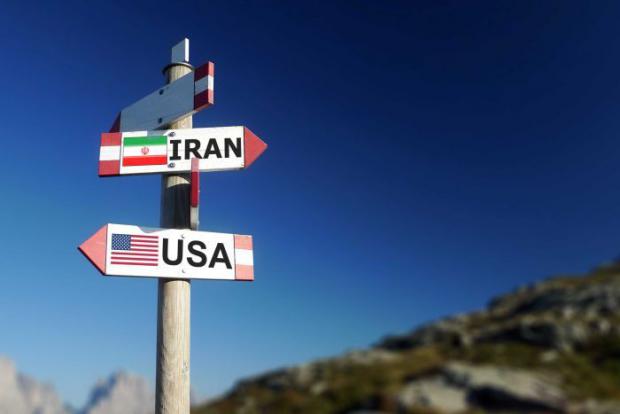 No, the answer doesn't begin with the fact that Iranian revolutionaries took American diplomats hostage during the Iranian revolution in 1979, which is what the mainstream press often asserts. The U.S. hatred for Iran stretches back even further than that.

In fact, to understand the hatred that the Pentagon, the CIA, and the NSA have for Iran, it is actually necessary to go back to the founding of the United States.

When the delegates met at the Constitution Convention, it was for the purpose of modifying the Articles of Confederation, a type of governmental system under which Americans had been operating for 13 years. Under the Articles, the federal government's powers were so weak that it didn't even have the power to tax.

That was the way our American ancestors wanted it. The last thing they wanted was a type of governmental system where the federal government wielded the same types of omnipotent powers that had been wielded by the government against which they had revolted in 1776.

Rather than simply modify the Articles of Confederation, however, the Constitutional Convention proposed a different type of governmental system, one called a limited-government republic. Under this type of governmental structure, the federal government would wield more powers but they would be limited to those enumerated in the document itself.

Americans were leery of the deal, concerned that federal officials, including democratically elected ones, would begin wielding and exercising despotic powers. They were assured that that couldn't happen because the powers enumerated in the Constitution were few and limited and didn't include dictatorial powers. To emphasize their concern, however, Americans demanded the enactment of the Bill of Rights, which expressly restricted the ability of U.S. officials to exercise despotic powers.

Under America's founding governmental system of a limited-government republic, there was no Pentagon, military-industrial complex, foreign military bases, CIA, NSA, coups, foreign aid, alliances with dictatorial regimes, or regime-change invasions and occupations. In fact, if Americans had been told that the Constitution was going to bring into existence those things, they would have summarily rejected the deal and continue operating under the Articles.

A limited-government republic was the governmental system under which American people operated for more than a century. Yes, there was a basic army whose primary purpose was to wage war against Native Americans but its size was extremely limited.

Why did American oppose "standing armies," the term they used for big and permanent military-intelligence establishments? Because they were convinced that standing armies inevitably lead to the destruction of the liberty and well-being of the citizenry.

Notwithstanding slavery, the Mexican War, and the Civil War, the American people experienced more than 100 years of relative liberty, peace, and prosperity, in large part because there was no big military-intelligence establishment that was bankrupting the nation through ever-increasing spending, taxes, and monetary debasement.

The conversion to a national-security state

The situation changed after World War II, when America's federal governmental system was converted from a limited-government republic to a national-security state, a type of governmental system that is inherent to totalitarian regimes. That's how Americans got the Pentagon, the military-industrial complex, the CIA, and the NSA, agencies with vast, omnipotent, dark-side powers that would end up changing the nature of American society.

The rational for the conversion was the threat that Soviet Union and "godless communism"  supposedly posed to the United States. U.S. officials maintained that that although the Nazi threat was now over, the American people could not rest because they now faced a danger that was supposedly even bigger than Nazi Germany. Ironically, the Soviet Union had been a partner and ally of the United States in the war against Nazi Germany.