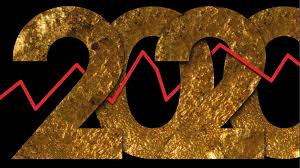 Bernie Sanders has gained in the polls of late and only trails Joe Biden by about three percentage points, according to the latest Fox News poll. On top of that, Sanders matches up against President Trump. He leads 48% to 42% in a head-to-head matchup.

Peter Schiff told Fox Business that said a Sanders presidency would be an economic disaster for the US, but it would be good for gold.

If Sanders becomes president in 2020, the price of gold will be well above $2,000 on the day after election night."

In fact, Peter said gold could rise to $2,000 before the election if the market thinks Sanders is going to win.

Peter projected what a Sanders presidency would look like.

What a Sanders win means is much bigger government deficits, and much more money printing by the Fed because there is no way to finance all of the spending that will happen with tax hikes on the rich. We'll get tax hikes on the rich, but they're not going to provide the revenue to pay for the programs."

The federal budget deficit is on track to cross $1 trillion in fiscal 2020. That's only happened four times in US history, all in the wake of the 2008 crash. Peter said the budget deficits would get even bigger with Sanders in the White House.

There is gonna be no Republican opposition to the deficits that would finance the spending because after all, the Republicans didn't object to record deficits under Trump when the economy was supposedly the greatest ever. The deficits could be three or four trillion dollars a year and the money printing will be off the charts."

As far as coronavirus, Peter echoed what he said on RT Boom Bust last week: markets have bigger things to worry about. He told Fox Business gold was rallying before the outbreak and that it is "not why" the price is going up now, even though metals are considered a safe-haven buy.

Peter said even though the Fed has paused rate cuts, for the time being, he thinks the central bank will ultimately cut all the way back to zero and the Fed's balance sheet will "explode to a much higher than the four-and-a-half trillion that they tapered from."

And a Sanders presidency would do nothing but exacerbate this and speed up the dollar's demise.