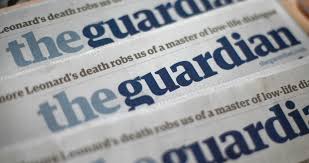 Now the Guardian is outright banning advertising money from oil and gas companies, with immediate effect, the newspaper said on Wednesday.

"Our decision is based on the decades-long efforts by many in that industry to prevent meaningful climate action by governments around the world," the company's acting chief executive, Anna Bateson, and the chief revenue officer, Hamish Nicklin, said in a joint statement.

The Guardian has also recently pledged to become a carbon neutral organization at a corporate level by 2030, and to almost entirely divest its Scott Trust endowment fund from fossil fuels.

Guardian Media Group (GMG) generates 40 percent of its revenue from advertising, so rejecting ads from oil and gas companies would be a financial hit to the organization, the managers said.