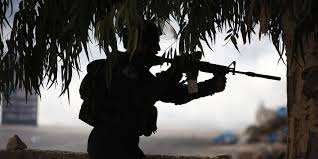 The crowing by Donald Trump that he "terminated" the commander of the Islamic Revolutionary Guards Corps Quds Force, Major General Qaseem Soleimani, simply because Trump believed, mobster-style, that he had it coming, should remind the world that the United States government stands as the world's record-holder in either directly carrying out or coordinating with other parties the assassination of political leaders, American and foreign.

In most cases in the past, assassinations ordered by the U.S. intelligence infrastructure had the veneer of "plausible deniability." Even with the release of millions of formerly classified intelligence documents, the Central Intelligence Agency continues to manage to hide behind the plausible deniability façade. The recent order by Trump for the U.S. military to assassinate Soleimani was not only made public, but it also involved a major international assassination program that also successfully targeted Abu Mahdi al-Muhandis, the Iraqi commander of the Popular Mobilization Forces (PMF), the closest thing Iraq has to a National Guard. Al-Muhandis and Soleimani were traveling in the same motorcade at Baghdad International Airport when their vehicles were struck by a drone-launched missile. In another attempted assassination by missile, the chief treasurer for the Quds Force, General Abdul Reza Shahlai, escaped being targeted by a U.S. missile aimed at what believed to have been his location in Yemen.

Trump's assassination program was eerily similar to a plan the CIA developed in 2001 as a result of strong pressure from Vice President Dick Cheney. Although Cheney's CIA operation supposedly targeted Al Qaeda leaders for assassination, it came dangerously close to violating a series of presidential orders from Presidents Gerald Ford, Jimmy Carter, and Ronald Reagan prohibiting the targeting of foreign government officials for assassination. Reagan's Executive Order 12333, which updated those of Ford and Carter, stipulated: "No person employed by or acting on behalf of the United States Government shall engage in, or conspire to engage in, assassination." Executive Order 12333 was weakened by follow-on orders signed by Bill Clinton and George W. Bush. The relaxed presidential orders permitted the assassination of specially designated terrorist leaders.