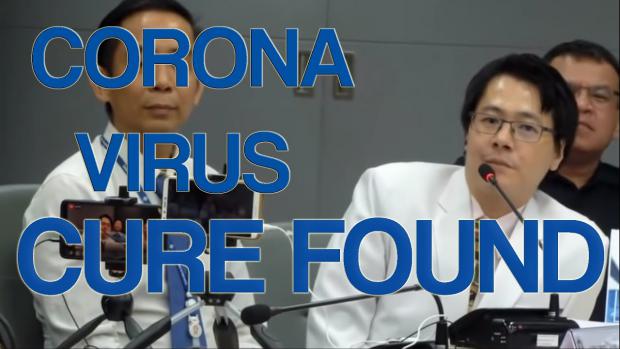 A couple of days ago, Zero Hedge decided to highlight a string of tweets by respected epidemiologist Dr. Eric Feigl-Ding wherein he noted some unusual characteristics of the novel coronavirus (nCoV-2019) that has swept across nearly two dozen countries since emerging in the central Chinese city of Wuhan last year.

Scientists trying to trace the evolution of the virus in order to understand how to contain it using knowledge gleaned from previous coronavirus outbreaks (SARS and MERS among them) discovered something strange: Initially, researchers believed that they had found a string of genetic code that hasn't been present in other coronavirus strains, but is similar to strains found in "the HIV-1 gp120 or HIV-1 Gag."

Now, Dr. Feigl-Ding later pointed out that subsequent research confirmed that some similarities have, in fact, been found in other known coronavirus strains. The similarities are certainly interesting.

Let's move now to the front lines of the outbreak, where doctors in Beijing and elsewhere in China have started using popular retrovirals commonly employed in the treatment of AIDS. So much so that the US and drug companies have reportedly upped shipments of the drugs to China to assist in containing the outbreak. Another unusual trait: the virus binds to the same receptors as HIV.

Some have suggested that these oddities indicate nCoV was possibly engineered by scientists working to create a powerful new bioweapon - though these claims have been ridiculed and dismissed out of hand by the mainstream press.

Offering some more evidence that this wasn't just some fluke, a team of Thai doctors told the Bangkok Post that the use of anti-flu an AIDS drugs has been a huge success as the country with the largest number of infected patients tries to contain the outbreak within its own borders.

Two doctors from Rajavithi Hospital in Bangkok (Dr. Kriangsak Atipornwanich and Associate Professor Dr. Subsai Kongsangdao) decided to use oseltamivir, an anti-flu drug used to treat MERS along with lopinavir and ritonavir, two AIDS drugs that had been used with some success in Beijing, to treat a female patient whose condition was rapidly deteriorating.

The patient was admitted to Hua Hin Hospital then transferred to Rajavithi Hospital on Jan. 29.