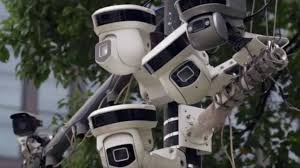 On Monday, forty organizations signed a letter calling on an independent government watchdog to recommend a ban on U.S. government use of facial recognition technology.

The letter was drafted by the digital privacy advocacy group Electronic Privacy Information Center (EPIC) and signed by organizations including the Electronic Frontier Foundation, Color of Change, Fight for the Future, Popular Resistance, and the Consumer Federation of America. The letter calls on the Privacy and Civil Liberties Oversight Board (PCLOB) to "recommend to the President and the Secretary of Homeland Security the suspension of facial recognition systems, pending further review."

The PCLOB was originally created in 2004, as an independent agency that advises the administration on privacy issues. "The Congress specifically found that new surveillance powers 'calls for an enhanced system of checks and balances to protect the precious liberties that are vital to our way of life and to ensure that the Government uses its powers for the purposes for which the powers were given'," the letter states.

The organizations challenge the PCLOB to "examine the more significant public concerns about the use of facial recognition in public spaces." They also call on the board to address concerns that facial recognition software can be used by "authoritarian governments to control minority populations and limit dissent could spread quickly to democratic societies."

The letter from EPIC mentions a recent New York Times investigation of a facial recognition service used by more than 600 law enforcement agencies across the country.  As the Mind Unleashed recently reported, Manhattan-based Clearview AI is collecting data from unsuspecting social media users and the Chicago Police Department (CPD) is using the controversial facial recognition tool to pinpoint the identity of unknown suspects. The Times investigation shows that the FBI and the Department of Homeland Security are also using the controversial tool.

Technocracy: The Digital Panopticon Of The World Economic Forum

China: Life And Death In A Technocracy

Private Cities: 'Priority Is Not The Needs Of Citizens'

Coronavirus: An Analysis In Relation To Technocracy