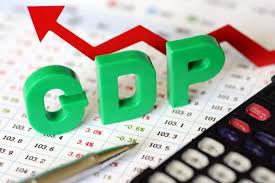 The worst offenders are those who pretend they know where the economy's headed.

Statistics – so often the basis of conjecture with regard to the economy – are so subject to interpretation, and so easy to take out of context, that most of the time they're best used as fodder for cocktail party conversations.

Still, as potentially wrong-headed and tendentious as the subject is, "the economy" is occasionally worth talking about simply to establish a clear point of view.

In fact, I place the phrase "the economy" in quotes because I don't even accept the validity of the concept, nor that of "the GDP"; they're both chimeras.

The idea of GDP gives the impression that it is not individuals that produce goods and services, but rather a machine called "the economy." This leaves the door open to all manner of nonsense, like the assertion that what may be good for individuals may not be good for the economy, and vice-versa.