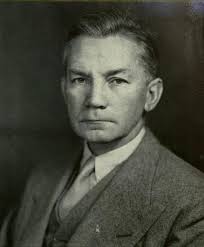 In the 1990s, a couple of bestsellers brought to the knowledge of a large public the fact that JFK's assassination in 1963 solved an intense crisis over Israel's secret nuclear program. In one of his last letters to Kennedy, quoted by Seymour Hersh in The Samson Option (1991), Prime Minister David Ben-Gurion complained: "Mr. President, my people have the right to exist […] and this existence is in danger."[1] The nuclear option was judged vital for Israel, and JFK opposed it. A Haaretz review of Avner Cohen's book Israel and the Bomb (1998) puts it this way:

"The murder of American President John F. Kennedy brought to an abrupt end the massive pressure being applied by the US administration on the government of Israel to discontinue the nuclear program. Cohen demonstrates at length the pressures applied by Kennedy on Ben-Gurion. […] The book implied that, had Kennedy remained alive, it is doubtful whether Israel would today have a nuclear option."[2]

Also openly discussed by Israeli historians today are the close connections between Ben-Gurion's network in the U.S. and what Tel-Aviv professor Robert Rockaway calls "Gangsters for Zion", including the infamous "Murder, Incorporated", run by Bugsy Siegel and then by Mickey Cohen, Jack Ruby's mentor.