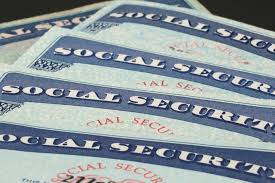 Instead, from the very beginning Social Security has been nothing more than a welfare program, one in which the federal government taxes younger people and gives the money to seniors.

The question, of course, is: Why? Why do we need this welfare-state program in America? Why not simply repeal it, now? Why not leave it to younger people to keep the money that is being taxed from them to give to seniors and let them take care of parents, grandparents, and others who need help?

After all, one benefit to abolishing Social Security would be that it would no longer be necessary to pay all those generous salaries to IRS and Social Security bureaucrats whose job it is to collect and redistribute the money, many of whom get $50,000-$100,000 annual salaries for performing this "service." Those people could be laid off and sent into the private sector, where they would become productive members of society rather than people living off the monies that are being forcibly taken from productive members of society.

There is one big reason why proponents of Social Security oppose the repeal of this socialist program: They say that countless seniors would die in the street without their welfare dole.