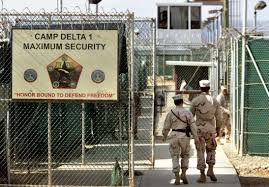 And so it was shocking to hear a retired Air Force psychologist describe it in his first public sworn statement, even though he has written a book and given many interviews.

One alleged al-Qaeda terrorist, Abu Zubaydah, was "waterboarded" so severely that he began having involuntary body spasms and began to cry, James Mitchell told a military commission at Guantanamo Bay, Cuba. Indeed, Mr. Mitchell, who designed the CIA "enhanced interrogation program" and personally waterboard alleged 9/11 mastermind Khalid Sheikh Mohammed, choked up at the horrific spectacle, too. And yet he defiantly told the commission that he felt a "moral obligation to protect American lives [that] outweighed the temporary discomfort of terrorists who had voluntarily taken up war against us."

The context for Mr. Mitchell's testimony was a pretrial hearing that has been dragging on for years as the military commission system that the George W. Bush administration established, along with "enhanced interrogation," staggers dysfunctionally on. Defense lawyers for Mr. Mohammed and others called Mr. Mitchell to the stand to buttress their argument that statements the defendants gave FBI interrogators should not be admitted at trial because they had been tainted by torture. It's a plausible argument — so natural, in fact, that no administration actually interested in winning convictions in a fair court would have tortured detainees in the first place. The Bush administration has said its higher priority was gathering actionable intelligence, not courtroom evidence; there is much debate about how successful torture was in that regard, too, however.