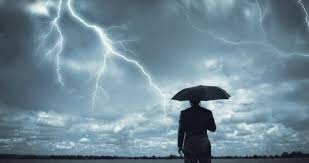 Global weather patterns have gone completely nuts, large earthquakes are popping off like firecrackers, it looks like the plague of locusts in Africa could soon develop into the worst in modern history, and a massive plague of bats is severely terrorizing parts of Australia.  On top of all that, African Swine Fever is wiping out millions upon millions of pigs around the globe, the H1N1 Swine Flu is killing people in Taiwan, there have been H5N1 Bird Flu outbreaks in China and in India, and the H5N8 Bird Flu has made an appearance at a poultry facility in Saudi Arabia.  Of course the coronavirus outbreak which is causing people to literally drop dead in the streets in China is making more headlines than anything that I have mentioned so far, and it could potentially turn into a horrifying global pandemic that kills millions of people.

But other than that, it has been a rather calm beginning to the year, eh?

I have been repeatedly warning that the time of "the perfect storm" is upon us, and many others have also been using this terminology to describe what we are now facing.

Basically, we have entered a period of time when we will be dealing with one terrible crisis after another, and all of these challenges will collectively create a horrific nightmare that will just continue to intensify as time rolls along.

Coronavirus Missives from the Philippines, USA, France, Lebanon and Germany