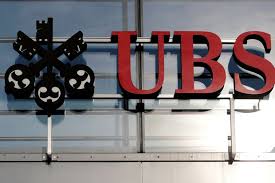 : according to the WSJ, the flagship real-estate fund of Swiss banking giant UBS has been hit with about $7 billion in redemption requests following a lengthy period of underperformance. As a result, UBS has stepped up efforts to stem the bleeding at its $20 billion Trumbull Property Fund flagship real-estate fund amid concerns over its retail holdings, "as some investors move away from more conservative, lower-return funds."

The UBS woes follow two months after M&G, a London-listed asset manager, said it has been unable to sell properties fast enough, particularly given its concentration on the retail sector, to meet the demands of investors who wanted to cash out. The investor "run" led the fund to suspend any redemption requests in its £2.5 billion ($3.2 billion) Property Portfolio in early December 2019.

While UBS hasn't followed in M&G's footsteps yet and gated investors, the Swiss bank has offered to reduce fees for investors who stay in the fund and to charge no management fee for new investments, according to an analyst presentation to the City of Cambridge. Mass., Retirement System. The bank also recently replaced some in the fund's top leadership, including Matthew Lynch, the head of U.S. real estate, the WSJ reports.