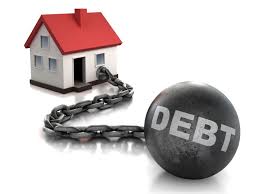 Total U.S. household debt rose by $601 billion in the fourth quarter from a year earlier, or 1.4%, surpassing $14 trillion for the first time, the New York Fed's quarterly household credit and debt report showed. That's $1.5 trillion above the previous peak in the third quarter of 2008. Overall household debt is now 26.8% above the second-quarter 2013 trough.

"Mortgage originations, including refinances, increased significantly in the final quarter of 2019," Wilbert Van Der Klaauw, vice president at the New York Fed, said in a statement.