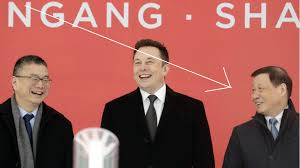 His name is Ying Yong, and until Friday, he was the mayor of Shanghai, and in that capacity, presided over several important Beijing-approved experiments in capitalist market liberalization. One of those was recruiting (or rather, sheperding) Tesla to Shanghai in the middle of a trade war.

In other words, Ying was the man behind the infamous Elon Musk victory dance, and the man who has cost Tesla bears billions of dollars in losses (we think that makes him the Wizard of Shortsville).

From here on out, he's also going to be the man spearheading Beijing's COVID-19 containment efforts in Hubei, the epicenter of the outbreak and still the worst-hit province by far.

As Bloomberg reports, the 62-year-old mayor has been appointed the new top Communist Party official in Hubei after the scapegoating of its top two party officials.

Long Before Trump, We Were a Divided People