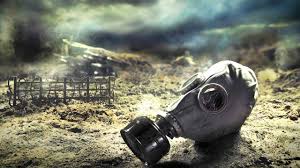 In a report to the US Congress, the Department of Defense revealed that its program of creating artificial biological agents included modifying non-fatal viruses to make them lethal, and genetic engineering to alter the immunology of biological agents to make treatment and vaccinations impossible. The military report admitted that at the time it operated about 130 bio-weapons research facilities, dozens at US universities and others at many international sites outside the purview of the US Congress and the jurisdiction of the courts.

This knowledge hasn't been a secret for a long time. In a classified 1948 report by the Pentagon's Committee on Biological Warfare, the main selling point was that:

"A gun or a bomb leaves no doubt that a deliberate attack has occurred. But if … an epidemic slashes across a crowded city, there is no way of knowing whether anyone attacked, much less who", adding hopefully that "A significant portion of the human population within selected target areas may be killed or incapacitated" with only very small amounts of a pathogen.

A US Army operating manual from 1956 stated explicitly that biological and chemical warfare were an integral operating portion of US military strategy, were not restricted in any way, and that Congress had given the military "First Strike" authority on their use. In 1959, an attempt by Congress to remove this first-strike authority was defeated by the White House and bio-chemical weapons expenditures increased from $75 million to almost $350 million. That was an enormous amount of money in the early 1960s.