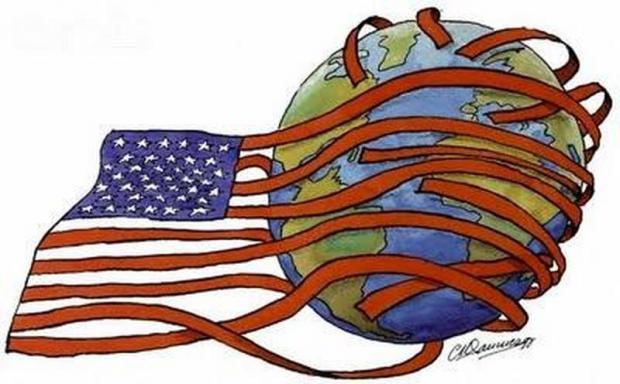 But what if this interpretation is on the verge of an irreparable breakdown?

Michael Vlahos has argued that the US is not a mere nation-state but a "system leader" – "a civilizational power like Rome, Byzantium, and the Ottoman Empire." And, we should add, China – which he did not mention. The system leader is "a universalistic identity framework tied to a state. This vantage is helpful because the United States clearly owns this identity framework today."

Intel stalwart Alastair Crooke, in a searing essay, digs deeper into how this "civilizational vision" was "forcefully unfurled across the globe" as the inevitable, American manifest destiny: not only politically – including all the accouterments of Western individualism and neo-liberalism, but coupled with "the metaphysics of Judeo-Christianity, too".

Crooke also notes how deeply ingrained the notion that victory in the Cold War "spectacularly affirmed" the superiority of the US civilizational vision among the US elite.

Well, the post-modern tragedy – from the point of view of US elites – is that soon this may not be the case anymore. The vicious civil war engulfing Washington for the past three years – with the whole world as stunned spectators – has just accelerated the malaise.