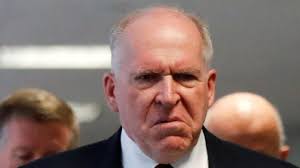 In May 2017, Brennan denied during a hearing before the House Permanent Select Committee on Intelligence that its agency relied on the now debunked Christopher Steele dossier for the Intelligence Community Assessment report. He told then Congressman Trey Gowdy "we didn't" use the Steele dossier.

"It wasn't part of the corpus of intelligence information that we had," Brennan stated.

"It was not in any way used as a basis for the Intelligence Community assessment that was done. It was — it was not."

However, DOJ Inspector General Michael Horowitz confirmed in his report that the dossier was used in the Obama administration's 2017 Intelligence Community Assessment (ICA). As stated in the IG report, there were discussions by top intelligence officials as to whether the Steele dossier should be included in the ICA report.

But upon careful inspection of Horowitz's report, on page 179, investigators ask former FBI Director James Comey if he discussed the dossier with Brennan and whether or not it should be given to President Obama. According to the report, Comey told investigators that Brennan said it was "important" enough to include in the ICA — clearly part of the "corpus of intelligence information" they had.