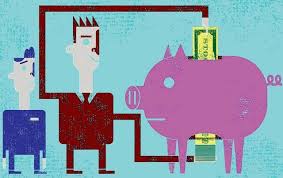 The main international benchmark excluding the US has essentially flat-lined for 14 years, while the S&P has continued to set new records since 2009.

China, which has been one of the most important developing countries for the last thirty years, outpaced the United States in terms of economic growth; however, its stock market has continued to lag.

This has been the same story for emerging markets as a whole; superior economic growth with much lower stock market returns.

A prime reason for this outcome is that faster growing countries need capital to fuel their expansions with a combination of debt and equity issuance.

In the US, senior management teams haven't accelerated capital expenditures.

Instead, what has truly exploded is the rate of share repurchases, aka, buybacks.

In 2018 alone companies paid out a combined $1.25 trillion in dividends and buybacks.

The dark side of this is that net debt to cash flow is at a 16-year high, as dividend and buybacks have been running above excess cash flow since 2013.

To elevate debt to dangerous levels to enable share repurchases is the antithesis of judicious corporate stewardship.

This is almost certainly destroying long-term value for shareholders (though this won't be obvious for years to the market overall).