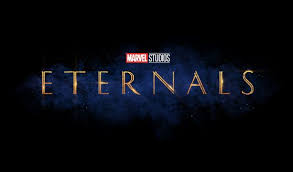 Marvel has built quite a bit of hype with its upcoming long-overdue queer representation.

And queer Muslim actor Haaz Sleiman has given his guarantee that the franchise is living up to its promise.

He recently revealed that the movie will feature the first gay kiss in the Marvel Cinematic Universe.

The 43-year-old told NewNowNext that the scene has already been filmed: 'It's a beautiful, very moving kiss. Everyone cried on set.'

The smooch will take place between Sleiman and co-star Brian Tyree Henry, 37, who plays Phastos, the first openly gay superhero in the franchise.

Sleiman stars in the highly-anticipated blockbuster as Phastos' husband, with whom he shares a child.

He continued: 'For me it's very important to show how loving and beautiful a queer family can be. Brian Tyree Henry is such a tremendous actor and brought so much beauty into this part.