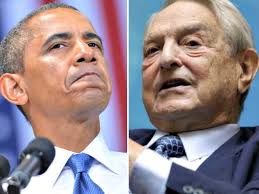 Dershowitz would not identify who, precisely, the target of the investigation was, but said that the name would soon emerge in in a lawsuit that had yet to be filed.

The revelation was so startling that this host had to double-check:

Q: But let me just ask you — you said that George Soros asked Barack Obama to have his Justice Department investigate somebody?

Dershowitz: We're — that's going to come out in a lawsuit in the near future. Yeah

Q: Wow, well, we look forward to hearing more about that new.

Dershowitz: That's not unusual. That is not unusual. People whisper to presidents all the time. Presidents whisper to [the] Justice Department all the time. It's very common. It's wrong, whoever does it, but it's common, and we shouldn't think that it's unique to any particular president. I have in my possession the actual 302 form [an FBI record of an interview], which documents this issue, and it will, at the right time, come out. But I'm not free to disclose it now because it's a case that's not yet been filed.