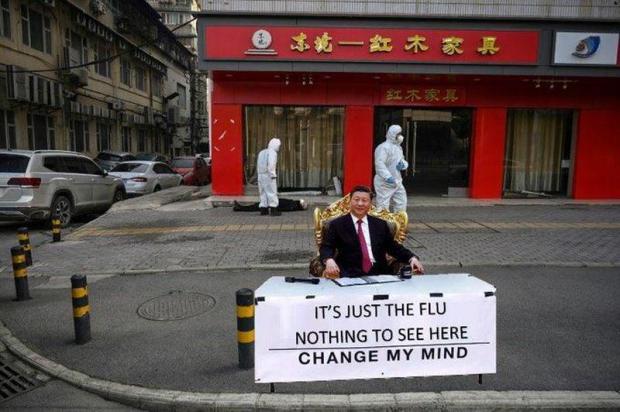 Here's a sampling of complacent assertions being made about the COVID-19 virus as if they were certitudes:

It's no worse than a bad cold.

It's less deadly than a normal flu.

You can't catch it unless you're in sustained close contact with a carrier.

Carriers are only contagious for 14 days. After that, you're home free.

A vaccine is just around the corner.

The Chinese government has it under control.

The few cases in other countries are being managed, and it will soon disappear.

The pandemic will fade away by April due to rising temperatures.

Interestingly, there is no large-scale, credible data to support any of these claims. But the complacent are not just falling for false claims being passed off as "facts" rather than what they really are--magical thinking--they're making a much larger error known as Survivorship Bias.

The complacent are focusing on the few who have been tested for the virus, not the millions who haven't been tested.

The complacent are focusing on the few who went to the hospital to get tested and treated, not the multitudes who did not go to a doctor or hospital (for a variety of reasons).

The complacent are focusing on the few carriers who have been forcibly hauled off by Chinese police and not the many who have wisely hidden away from prying eyes.

The complacent are focusing on the few facilities with test kits, not on the multitude of clinics which do not have test kits.

The complacent are focusing on the few who have been identified as carriers in other nations, not the asymptomatic carriers who have not been identified because 1) they have no symptoms and thus no reason to get tested and 2) they chose not to go to a doctor or hospital despite having symptoms.