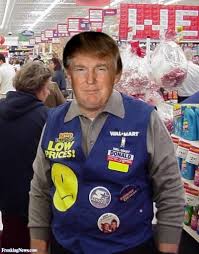 One quarter after after Walmart shares jumped when the company reported a solid beat in its Q3 earnings report and boosted the full year outlook, it's a complete mirror image, as Walmart not only couldn't deliver on its guidance boost from just three months ago, but also delivered 2021 EPS guidance that was well below Wall Street expectations.

"We started and finished the quarter with momentum, while sales leading up to Christmas in our U.S. stores were a little softer than expected," Chief Executive Officer Doug McMillon said in a (under)statement. He's right: this is just how ugly the company's current quarter was:

More ominous was Walmart's far gloomier outlook for the coming year (at least compared to the jolly outlook published just 3 months ago):

Five Days Before It Filed For Bankruptcy, Whiting Execs Got $15 Million In Bonuses

US Factory Orders Disappoint In February... Before Lockdowns Even Began

"We're Not Making Any April Payments"...