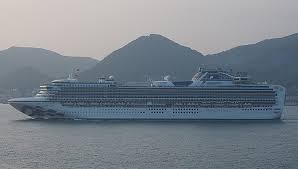 The "quarantine" of passengers on the cruise ship, Diamond Princess, drew toward an end yesterday when several hundred people were allowed to disembark.

Those who were released tested negative for Covid-19. They'll be issued a certificate by Japanese health authorities stating that they were not infected at the time they left the ship. When the passengers left, they were, according to Japan's health minister Katsunobu Kato, going to "have to find their own way home to from the port" which most likely means public transport for many of the passengers.

Is it possible that all the Diamond Princess quarantine did was infect more people with Covid-19 and that the aftermath of the poorly-executed quarantine will spread the virus across the globe?

Was this quarantine done correctly?

The entire quarantine of this ship seems to have run contrary to my understanding of what "quarantine" actually means.

First of all, being on that ship cooped up in tiny quarters with all of the sick people in rooms next door had to be nightmarish to people who only wanted to go on a nice vacation. The entire time, I wondered why a more suitable facility was not made available for quarantining passengers who were at risk.

There on the ship, people were constantly exposed, even though they had to stay in their rooms. The food had to be prepared by somebody and delivered by somebody. Fresh towels? Somebody laundered and delivered those too. Drinking water? Also delivered. From staff onboard a ship where literally 4-5 people per hour were confirmed to be infected.

With a rate of infection like that, the likelihood of contracting the virus was extremely high. I can't imagine that keeping 3700 people on board a floating death trap was the best way to contain the outbreak. That ship was the site of the largest cluster of infections outside of China.

…the original idea to keep people safely quarantined on the ship wasn't unreasonable. But even with the quarantine process on the ship, virus transmission still occurred…

And Dr. Fauci is not the only public health expert who felt the quarantine was not carried out correctly.

Kentaro Iwata, professor at the infectious diseases division of Japan's Kobe University, described the situation on board as "completely inadequate in terms of infection control".

After visiting the ship, Prof Iwata posted a video to YouTube stating that the quarantine measures he witnessed failed to separate the infected from the healthy.

The expert said he was more afraid of catching the virus on board than he had been working in the field in Africa during the Ebola epidemic and in China during the Sars (severe acute respiratory syndrome) outbreak. (source)

We have to remember, this quarantine was carried out by folks who work on a cruise ship, not by infectious disease specialists. While I'm sure they did the best they could given the circumstances, the quarantine seems to have been poorly conceived.

The continued spread throughout the quarantined passengers and crew led the United States to evacuate American citizens from the ship and fly them back to the US. About 300 passengers are being further quarantined in the US. The people testing negative are quarantined in California and Texas and the 14 who are infected are hospitalized in Omaha, Nebraska. According to Dr. Fauci, health officials expect to see more cases among the quarantined evacuees.

I think that the US had the right idea. Leaving people on that floating death trap for a longer period of time just puts them at higher risk of contracting the virus.

Turn the Economy Back on; Even Fauci is Confessing