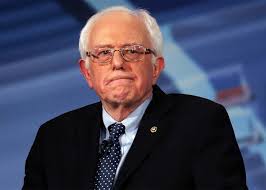 Faiz Shakir had seen enough. As summer turned to fall, and the 2020 Democratic presidential race entered the stretch run before the first caucuses and primaries, Shakir, who manages Bernie Sanders's campaign, approached MSNBC president Phil Griffin to discuss his concerns with the network's treatment of the Vermont senator's second White House bid. "We watched a ton of terrible coverage occurring and we thought we'd at least try to address it," he recalled.

For months, the campaign bristled at slights from MSNBC's stable of hosts and commentators. Jason Johnson, an MSNBC contributor, predicted in January 2019 that Sanders would drop out by August, and network analyst Mimi Rocah said in July that Sanders made her "skin crawl." On-screen graphics have omitted Sanders and misrepresented his poll numbers, a trend that inspired a sendup from the Onion.

"It's been a struggle to change the tone and the tenor of the coverage that we receive," Shakir said in an interview. "They've been among the last to acknowledge that Bernie Sanders's path to the nomination is real, and even when it's become real, they frequently discount it." (A study from progressive magazine In These Times buttresses Shakir's critique). Sanders also attended the off-the-record discussion with Griffin; an MSNBC spokesperson said the network has hosted similar meetings with other Democratic candidates. Shakir said the 30 Rock chat was "open" and "cordial," but now, months later, he's "not sure it really changed anything."