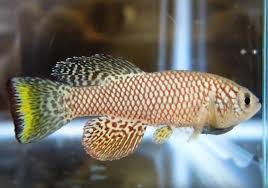 A fish that can halt the process of ageing and survive out of water for years could help humans track down the fountain of youth, researchers have claimed.

African turquoise killifish can put themselves into a state of suspended animation as an embryo, a characteristic known as diapause.

The trend is thought to have emerged in response to seasonal changes in the environment.

Scientists at Stanford University and the Stowers Institute for Medical Research in the US are now closer to working out how they do it.

They believe it could help humans prevent ageing or even hibernate, which may be necessary on future space expeditions.

A study of their DNA shows that during diapause, genes which trigger the turnover cells dial down, while those involved in muscle maintenance become more active.

Part of this seems to be down to an increase in the production of a protein called CBX7.

The authors wrote in the journal Science: "The killifish lives in transient ponds that are only present during the rainy season and entirely desiccate during the dry season.

ARE YOU AN ALPHA? - Simon Sinek - Why Leaders Eat Last