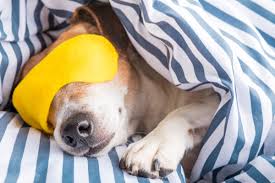 Researchers examined the napping habits and personality traits most associated with nappers and non-nappers to see if getting some midday shut-eye proved helpful. They found that self-identified nappers were more likely to think of themselves as productive people than those who don't (93% to 85%).

Almost all comparisons between nappers and non-nappers in the study showed that those who nap seem better off. Nappers were more likely to identify as happy (90% to 79%) and confident (89% to 79%), according to the survey, which was commissioned by the mattress company Mattress Nerd.

But the biggest benefit of napping could be for one's career. Three out four nappers said they consider themselves to be career-driven, compared to just 55% of non-nappers. Similarly, 83% of the napping segment think they have a healthy work-life balance, versus 60% of the awake-all-day segment.

For some, the ability to lay down and fall into a deep slumber is a daily must-do. In fact, 79% of nappers consider taking naps a "hobby" of sorts. Recharging their internal batteries seems to do them well: a third feel relaxed after taking a nap, while 19% are happier, and 17% said they feel more energized after their siestas.

Fear Of Germs - What Would George Carlin Think Now