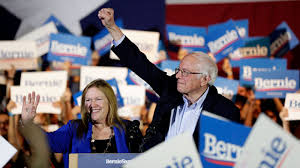 Here are some key takeaways:

Sanders may get the nomination, robbing neocons and establishment Democrats of power once again

Thanks to Sanders wooing of minority voters - who largely went for Hillary Clinton in 2016, the Vermont socialist has a diverse coalition of surrogates who may propel him to the nomination.

This means that if Sanders and Trump are the only two choices, neocons who would have found a friend in Joe Biden or Pete Buttigieg will have to sit out two election cycles - while their holdover surrogates continue to be purged from various agencies.

According to The Hill:

Some establishment Democrats have been warning for months that nominating a self-described Democratic socialist will be ballot box poison for the party in November.