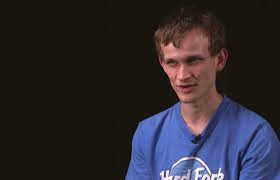 Cryptocurrencies and blockchain technology were meant to liberate the oppressed, bank the unbanked and democratize countries with opaque authoritarian governments. Whether or not the crypto sector has actually achieved these goals remains a topic of debate, but it is fair to say that a surprising number of crypto startups, initial coin offerings and blockchain companies have either missed the mark or proven to be outright scams.

But Ethereum co-founder Vitalik Buterin has been unassailable in his mission to build the "World Computer." Since piecing together a revolutionary white paper in 2013, the soft-spoken genius behind the Ethereum project and Ether cryptocurrency has been a steady advocate for the democratizing capacity of decentralized networks.

Born on Jan. 31, 1991, Buterin lived the first six years of his life in the Russian city of Kolomna - roughly 62 miles away from Moscow - before he and his parents relocated to Canada in search of better employment opportunities. Buterin performed well in school, attending The Abelard School in Toronto and displaying an uncanny aptitude for mathematics and science. Buterin finished one year at the University of Waterloo before dropping out in 2013, as his passion for blockchain technology could not wait for finishing his studies.

Although Buterin had been an active participant in the Bitcoin community since 2011, as a co-founder of Bitcoin Magazine, he is better known as the man responsible for the seminal Ethereum white paper.