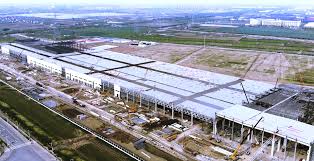 Tesla managed to resume production at the Tesla Gigafactory 3 in Shanghai, quicker than we anticipated and reportedly already is reaching levels seen before the New Year holiday, which might be a thousand Made-in-China (MIC) Model 3 a week.

The operation was resumed on February 10. Here we can take a look at the factory as of February 20, thanks to a video report by Jason Yang.

China to reclassify dogs as pets, not livestock, in wake of coronavirus

China Prepares To Close "Oil Deal Of A Lifetime" In Iraq

Your Mattress Is Not the Key To a Good Night's Sleep

Fed Is Seizing Control of the Entire U.S. Bond Market