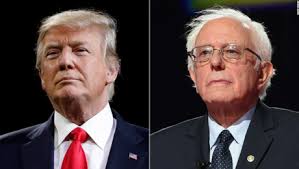 "Make no mistake, this is a close race, but the senators from neighboring New England states are able to pull ahead of Trump and Pence by winning with their base and swing voters," Zogby said in his survey analysis shared with Secrets.

But, he added, it could be just a popular vote win and not an Electoral College victory, just like in 2016.

"Sanders and Warren could win the popular vote, but Trump and Pence still have the advantage of the coalition of working-class and blue-collar voters they made in-roads with in swing states: Ohio, Florida, Michigan, Pennsylvania, and Wisconsin, which could produce a similar outcome as 2016, in which Trump/Pence just win the Electoral College and reelection in 2020," said Zogby.

this if it is true, would show that government schools and universities in this country have managed to dumb down the voters to the point they see no difference between social programs by a nanny state with high taxes and socialist's states that have ruined every country it has be tried. You can't vote out a socialist state. You shoot your way out! Sad to think the so called free stuff is not free at all and will negatively impacts all of us. Even the countries that Burnie and the rest of the AOC led crowd are trying to get away form these same programs and are free market countries that often turn over these expensive health programs to privet company's to manage.

How will we vote? Outbreak revives debate mail-in ballots