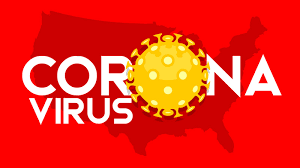 Health officials in the United States warned Tuesday that the spread of the novel coronavirus in the country appears inevitable, marking a significant change in tone as global travel disruptions continued to worsen, South Korea neared 1,000 cases, Italy saw a 45 percent one-day increase in cases, and Iran reported at least 15 deaths.

China and South Korea announced new cases of the coronavirus, raising concerns in both nations about how long it could take for normal life to return. South Korea confirmed 144 more cases, bringing its total to 977, the most outside China. President Moon Jae-in visited the city of Daegu, where more than half of the country's confirmed cases have been found, Tuesday afternoon local time.

In Italy, the epicenter of Europe's outbreak, the death toll rose to 11 amid 322 confirmed infections. Austria, Croatia and Switzerland reported their first cases, most of which health authorities linked to Italy.

Travel disruptions also continued to spread, with the United Arab Emirates, one of the world's most critical aviation hubs, saying it would suspend all travel to and from Iran, the Middle East's coronavirus epicenter. Health authorities in Bahrain, Iraq, and Oman also announced new cases Tuesday, while in Iran, an opposition lawmaker and the deputy health minister were among 95 people who've tested positive for the virus.